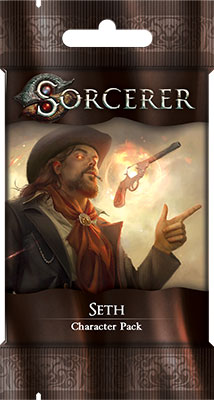 Seth is an ancient, mischievous Sorcerer who draws power from the sins of mortals, of which he has found a plentiful supply in the American West. In the end times he has gleefully taken on the role of gunslinger. He loads his revolver with magical bullets forged from the sins he collects, and hunts down rival sorcerers.

Seth’s character deck contains 7 sin cards, one for each of the 7 deadly sins. This new card type can be played for free. You spend an action to play a Sin card, resolve its effect, and then perform a different action (without moving your action counter for the second action). 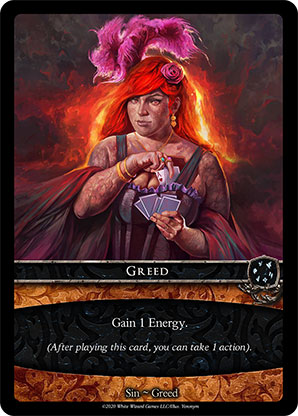 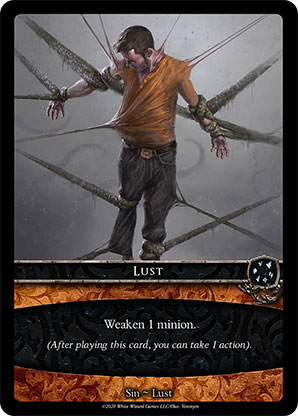 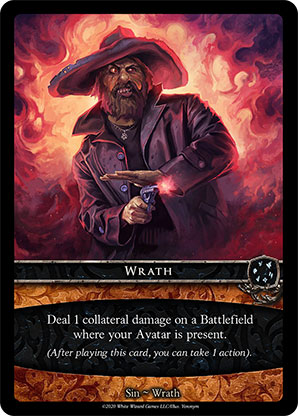 The effect of a sin card is minor, but after that effect, the sin card is attached to Seth’s character skill card. For an action, Seth rains a hail of magical bullets down on his enemies, dealing collateral damage equal to the number of sin cards he has collected, plus 1. 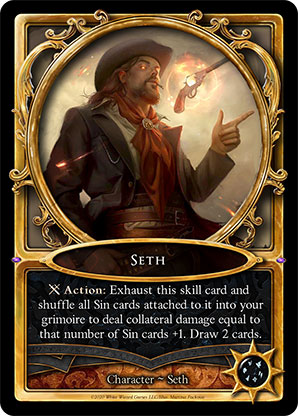 In addition to the sins, Seth’s deck contains 3 Sineater cards. These help ensure when playing Seth you will have a steady supply of sin to use for ammunition! 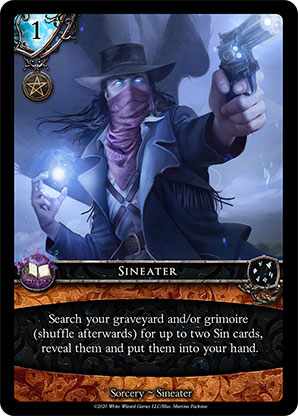 Sign up for updates on the Sorcerer Endbringer Kickstarter here!